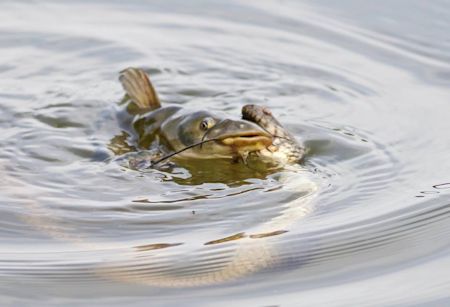 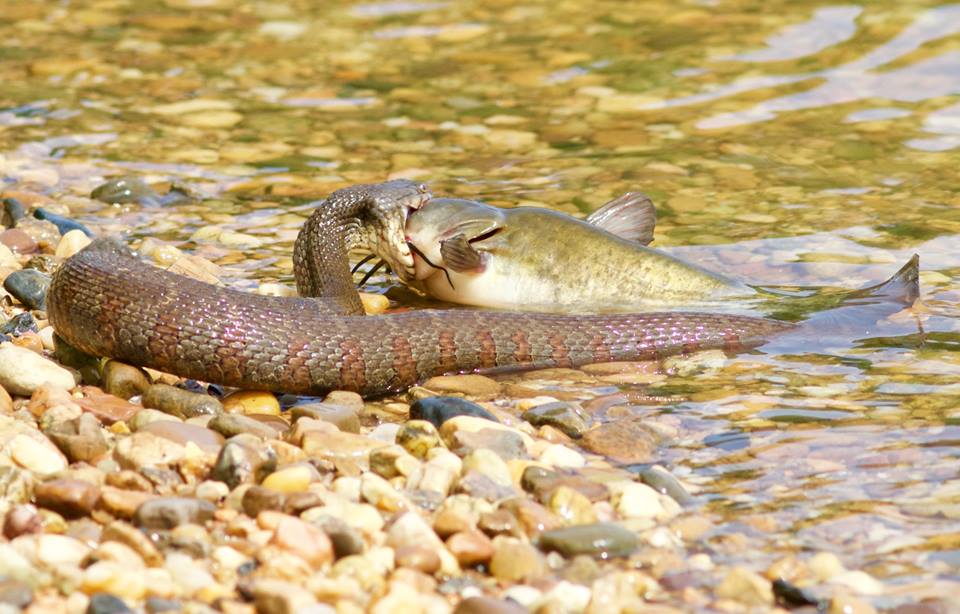 The  northern water snake is “our most commonly seen snake near the water . . . [and] can bite defensively with its long teeth (adapted for holding fish) . . . .,” according to Alonso Abugattas in The Reptiles and Amphibians of the Washington, D.C., Metropolitan Area.

The eastern ratsnake (formerly black ratsnake) (Pantherophis alleghaniensis) is often seen sunning in trees in Dyke Marsh in the summer.   Adults have a shiny black back, white throat and partially checkerboard belly.  It can grow to over six feet long and “feeds on rodents, birds, bird eggs and, when young, on salamanders and lizards,” reports Abugattas.

Photos below by Glenda Booth