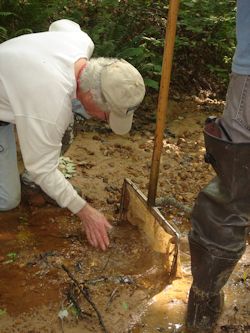 The findings are disappointing, but not surprising.  Most streams in Fairfax County are impaired.

On April 2, the team took 20 samples from the riffles and banks within a 100-meter segment of the stream with the goal of identifying 100 living invertebrates. The group found 72 invertebrates, fewer than the desired 100, but more than Schwartz had anticipated. Over 90 percent of the species found were tolerant of stream degradation; therefore, the sample did not provide indicators of good habitat quality.

The type of invertebrates in a stream is a very good indicator of stream quality, as some species are tolerant of degraded environments and others are very sensitive.

On June 11, 2016, four FODMers (including Ned Stone, photo left) tested the water quality of a second unnamed stream flowing into Dyke Marsh West, again guided by Mr. Schwartz. Volunteers collected sediment from the stream bed and examined it for organisms.  Mr. Schwartz concluded that this also is an impaired stream in "unacceptable ecological condition." 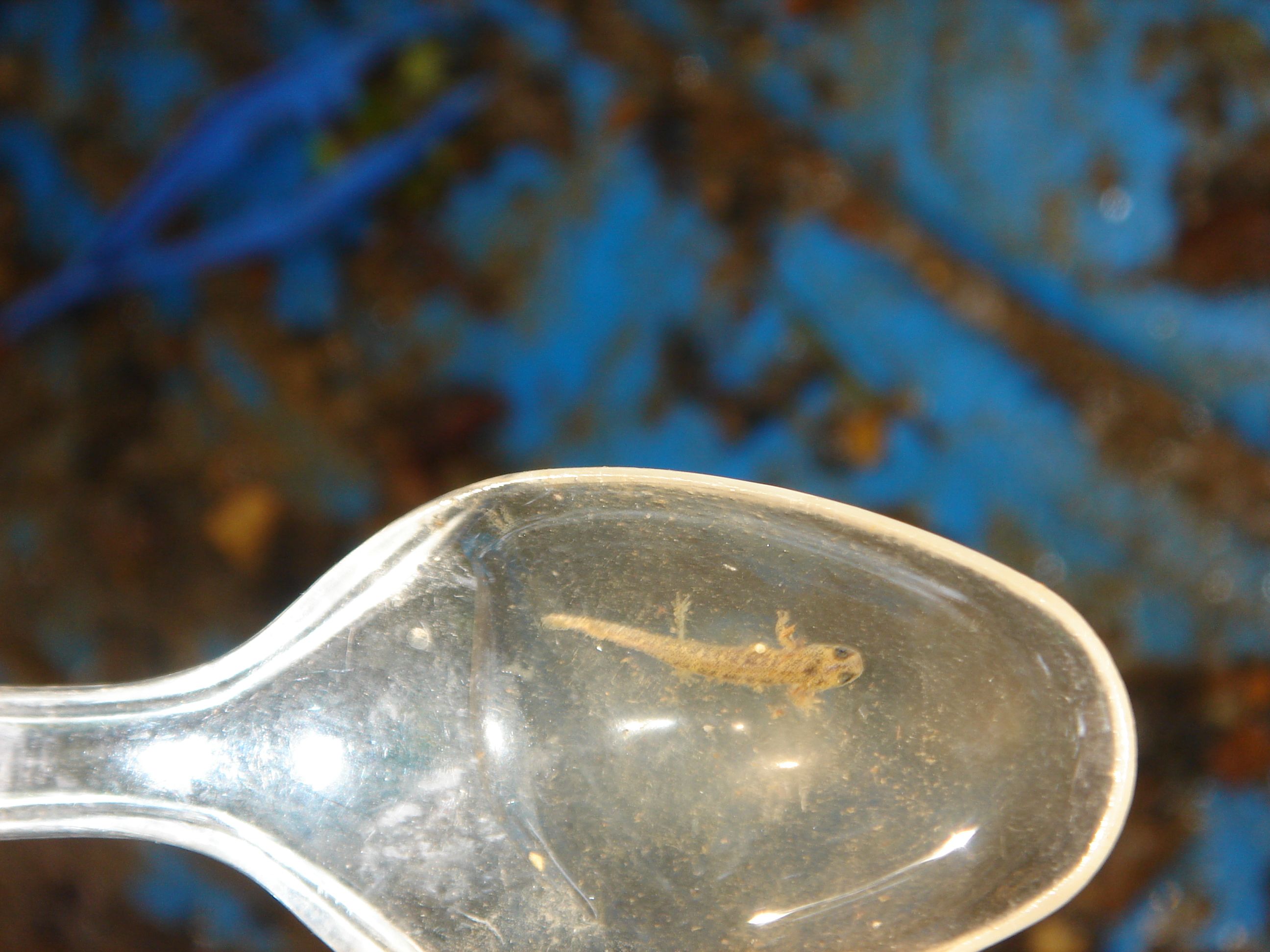 One highlight, but not an animal that was part of this analysis, was this young salamander.

The group found 38 total organisms:  two aquatic worms, one sowbug, 20 scuds, one black fly, 11 true flies, three other subsurface organisms (“mystery centipedes”).  Mr. Schwartz calculated the following percentages and health scores. For each percentage, the health score can be up to zero, three or six points:

% of mayflies, stoneflies and caddisflies: 0%, health score of zero

The total health score was six. A stream that scores less than eight is considered to be in ecologically unacceptable condition.  A score of 8-14 is considered partially acceptable and a score of greater than 14 is in acceptable condition.  The results were low scores because the team did not find any mayflies, stoneflies, caddisflies or gomphidae dragonflies, which are all very sensitive invertebrates.  The organisms that the group found, like scuds, worms, sowbugs and blackflies, can tolerate unhealthy habitats.  The group found many non-insects, which are generally tough organisms.

The data can be found at the Virginia Save Our Streams database www.vasos.org.