On June 25, 2022, ecologist Charles Smith led a walk for 20 members of the Friends of Dyke Marsh along the Dyke Marsh Haul Road trail. He explained that Dyke Marsh is in the coastal plain, a geologic region with gravel deposits, unlike the Piedmont which has many rock formations. Dyke Marsh, a freshwater tidal wetland, has two three-foot tides a day, on average.

Here are a few highlights: 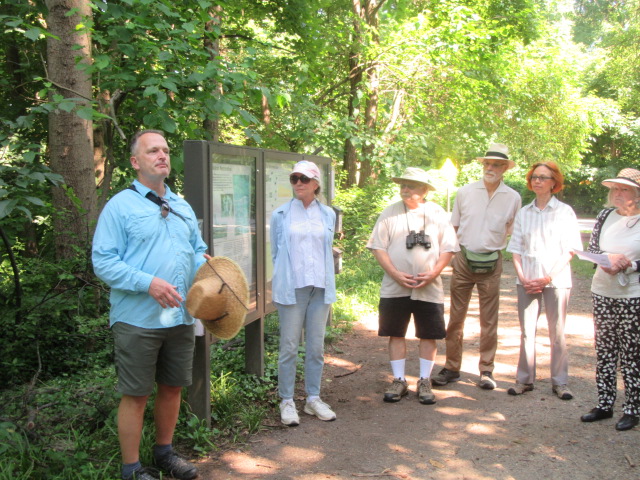 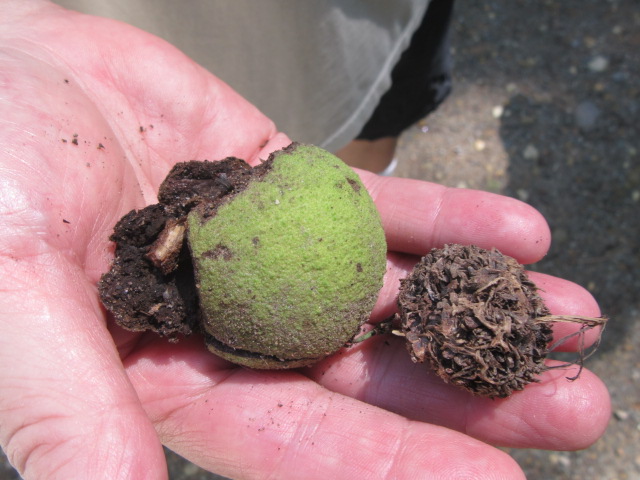 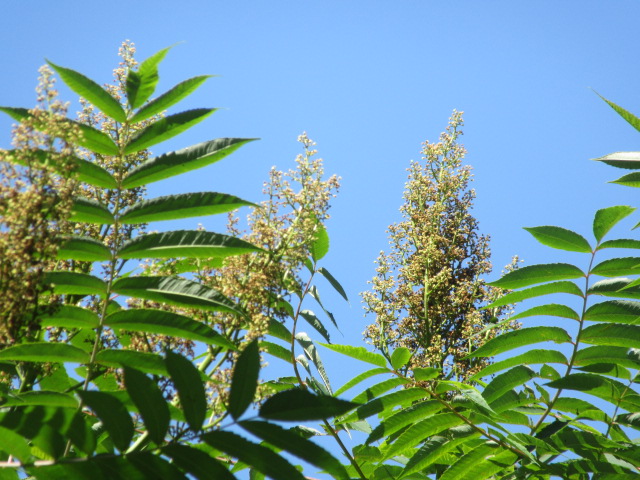 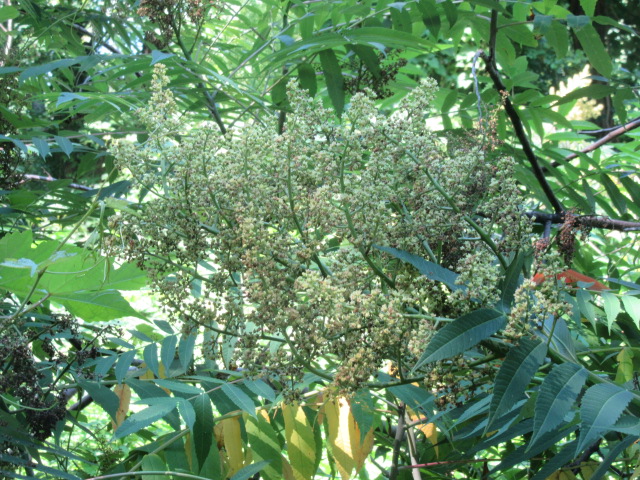 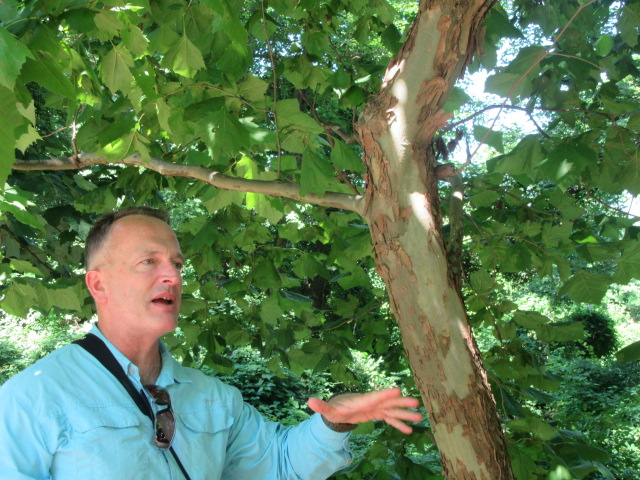 Two trees along the trail have heart-shaped leaves, the eastern redbud (Cercis canadensis) and the cottonwood (Populus deltoids). This redbud has seedpods. 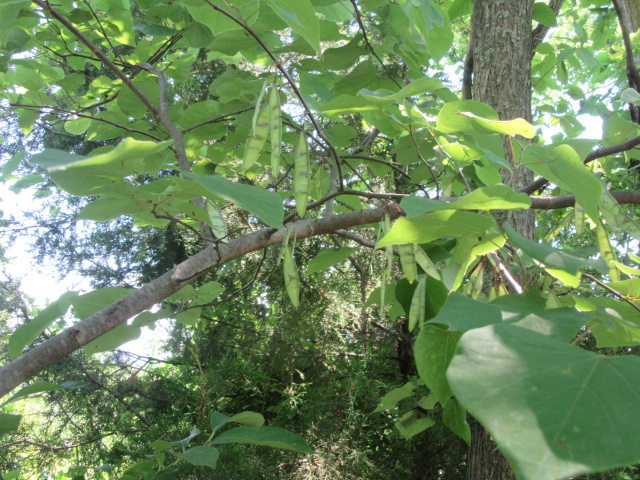 Dragonflies were zooming around, like this common whitetail (Plathemis Lydia). 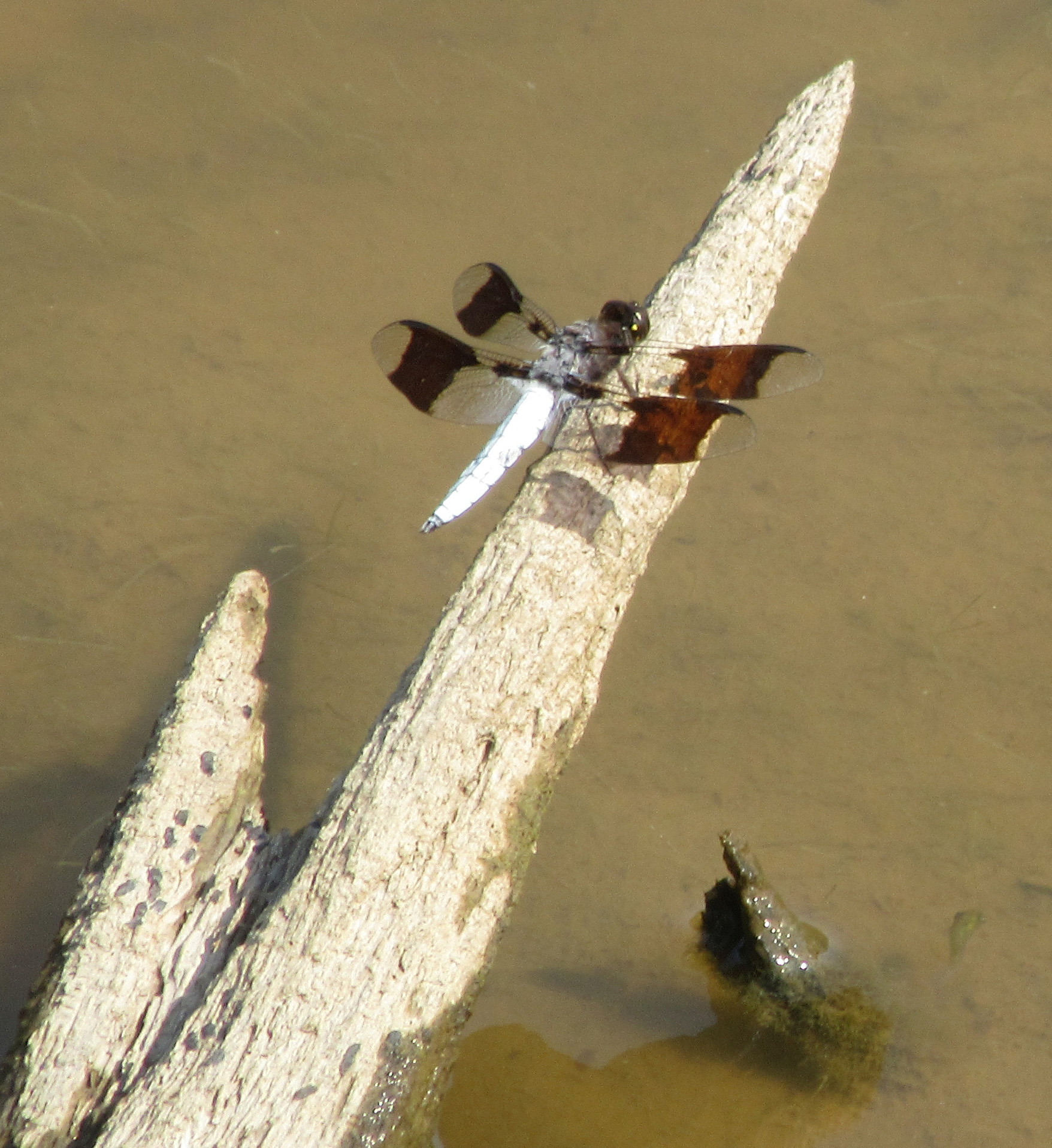 The buttonbush (Cephalanthus occidentalis) was blooming.

Eastern gamma grass (Tripsacum dactyloides), a wind-pollinated plant, was in full bloom. This is the male. 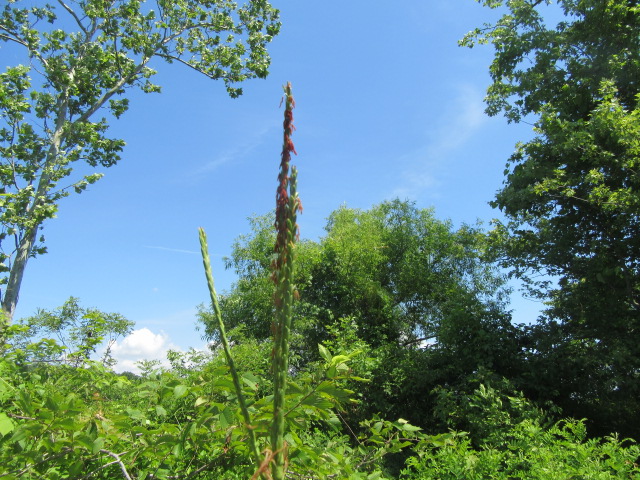 These are the white shells of Asiatic clams. Clam shells are symmetrical, Charles said. Mussel shells are asymmetrical. 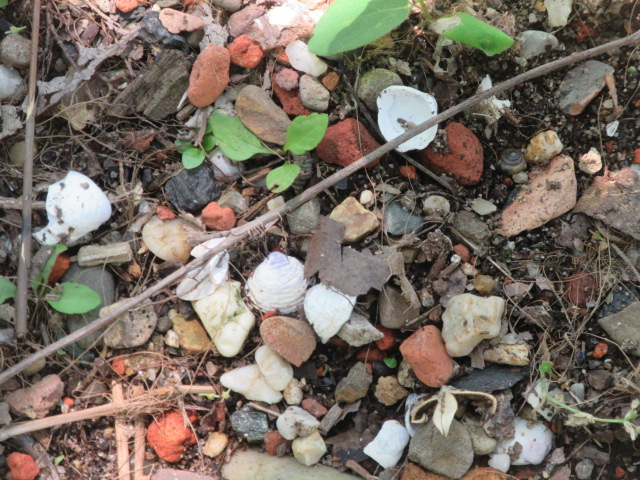 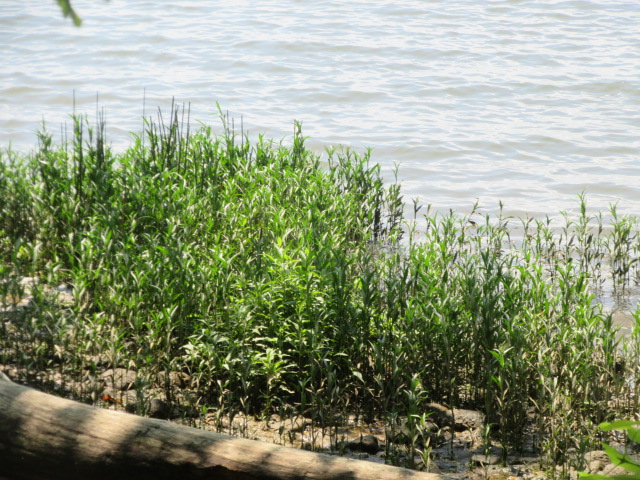 Arrow arum or duck potato (Peltandra virginica) is a common wetland plant with arrow-shaped leaves.  Ducks love the fruit which the plant drops into the water. 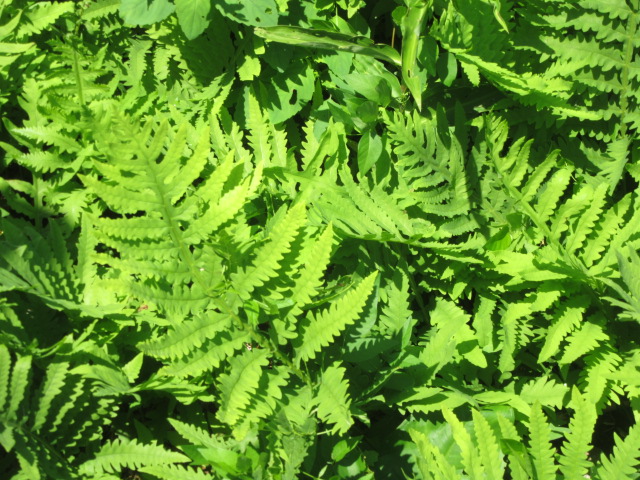