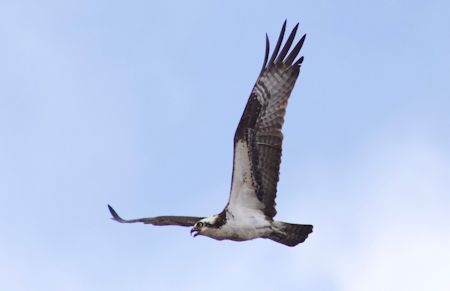 Ospreys returned to the Dyke Marsh area in mid-March.

The week of March 11, 2019, ospreys (Pandion haliaetus) returned to the Potomac River and Dyke Marsh.  As documented by our excellent photographer and observer, Ed Eder, it did not take long for fights to break out over fish, with a second-year bald eagle (Haliaeetus leucocephalus) causing an osprey to drop its catch. Later, the osprey sought revenge by dive-bombing the eagle.

Ed's photographs captured some of the action shown here.