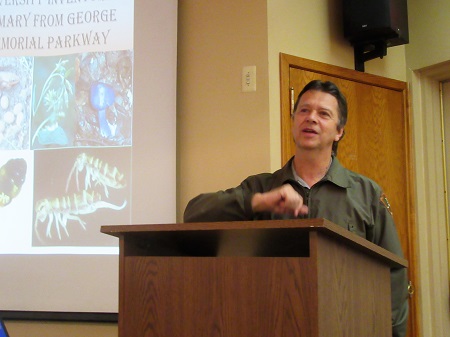 Steury is the Natural Resources Manager for the GWM Parkway and has worked for NPS for over 20 years.

On November 14, 2018, Brent Steury, Natural Resources Manager for the George Washington Memorial Parkway, told 65 FODMers and friends that the parkway is rich and biodiverse in its natural resources in a presentation describing the Parkway’s all-taxa inventory.  The Parkway is a national park of which the Dyke Marsh Wildlife Preserve is a unit.

The numbers are steadily increasing so the numbers he gave on November 14 are not current.  Still, they are impressive: 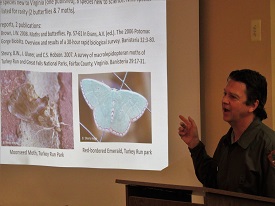 Brent Steury described the diversity of species so far identified on the 4,580-acre GWM Parkway. 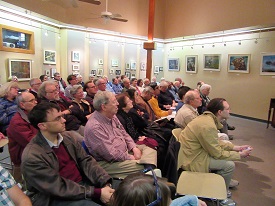 Steury and his colleagues have published 70 peer-reviewed journal articles in the last 12 years.

For more information on the GWM Parkway, visit www.nps.gov/gwmp.