Monarchs Migrate through Dyke Marsh in the Fall 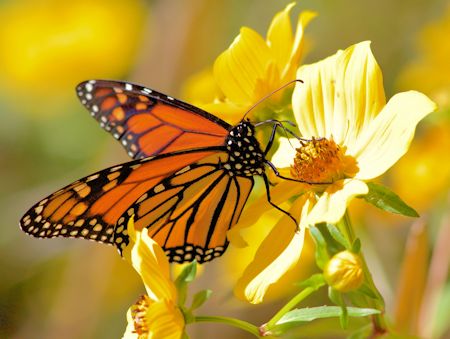 In the fall of 2017, the last generation of eastern monarch butterflies (Danaus plexippus) is migrating  southwest to the mountains of central Mexico.  Some of the butterflies are stopping to sip nectar from the masses of smooth beggartick blossoms blooming in Dyke Marsh.

The first three to four generations move from overwintering sites in mesoamerica north to southern Canada and large swaths of the eastern United States where they mate and reproduce on their host milkweed plants.  On the return south, the “super generations" may travel over 3,000 miles. The monarchs do not reproduce on their route to Mexico and have lifespans nearly ten times longer than previous generations.