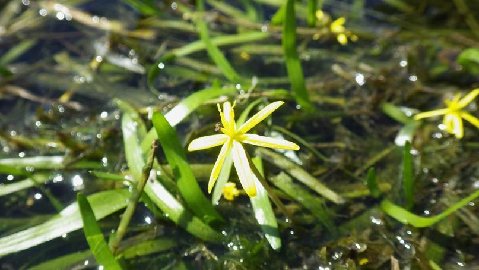 FODMers and friends learned about the importance, abundance and distribution of submerged aquatic vegetation (SAV) in the Potomac River on September 13, 2017, when Dr. Nancy Rybicki, U.S. Geological Survey aquatic plant biologist and hydrologist, spoke to 55 attendees.

A few highlights from her talk:

Dr. Rybicki’s talk and a helpful guide to common aquatic plant species in the Potomac River are featured in the December 2017 Potomac Basin Reporter published by the Interstate Commission on the Potomac River Basin.  Visit https://www.potomacriver.org/news/potomac-basin-reporter-winter-2017/. 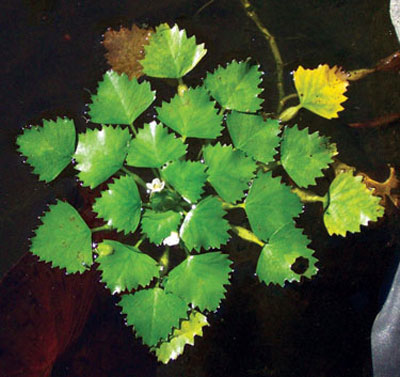 Water chestnut. Photo by USGS.Dr. Rybicki also described her research on the water chestnut, an aquatic plant native to Eurasia. It was brought to the U.S. in the 1800s, reported in the Potomac River in the 1920s and spread from Washington, D.C., to Quantico, Virginia.  In the 1940s, the U.S. Army Corps of Engineers (COE) eradicated it from the Potomac River.  However, in 2014, a new type of water chestnut was found in the tidal Potomac River in Pohick Bay in Fairfax County.  “It spreads quickly on the surface and potentially could shade out the recently established, diverse populations of SAV,” she explained, and it has been found in Prince William and Fairfax County farm and stormwater control ponds.  Dr. Rybicki and her colleagues are analyzing its genetic, fruit and flower characteristics in an effort to determine which species are in the Potomac River system.