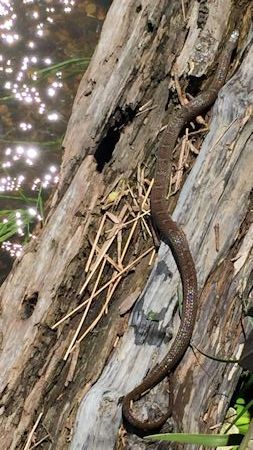 On May 14, 2017, FODMers observed several common or northern watersnakes (Nerodia sipedon sipedon) off both sides of the boardwalk.   These snakes are more active on sunny days than on cloudy days and are known to mate near the water's edge on logs, over rocks or on branches. Their coloration helps them camouflage, but movement in the cattails may give away their presence. 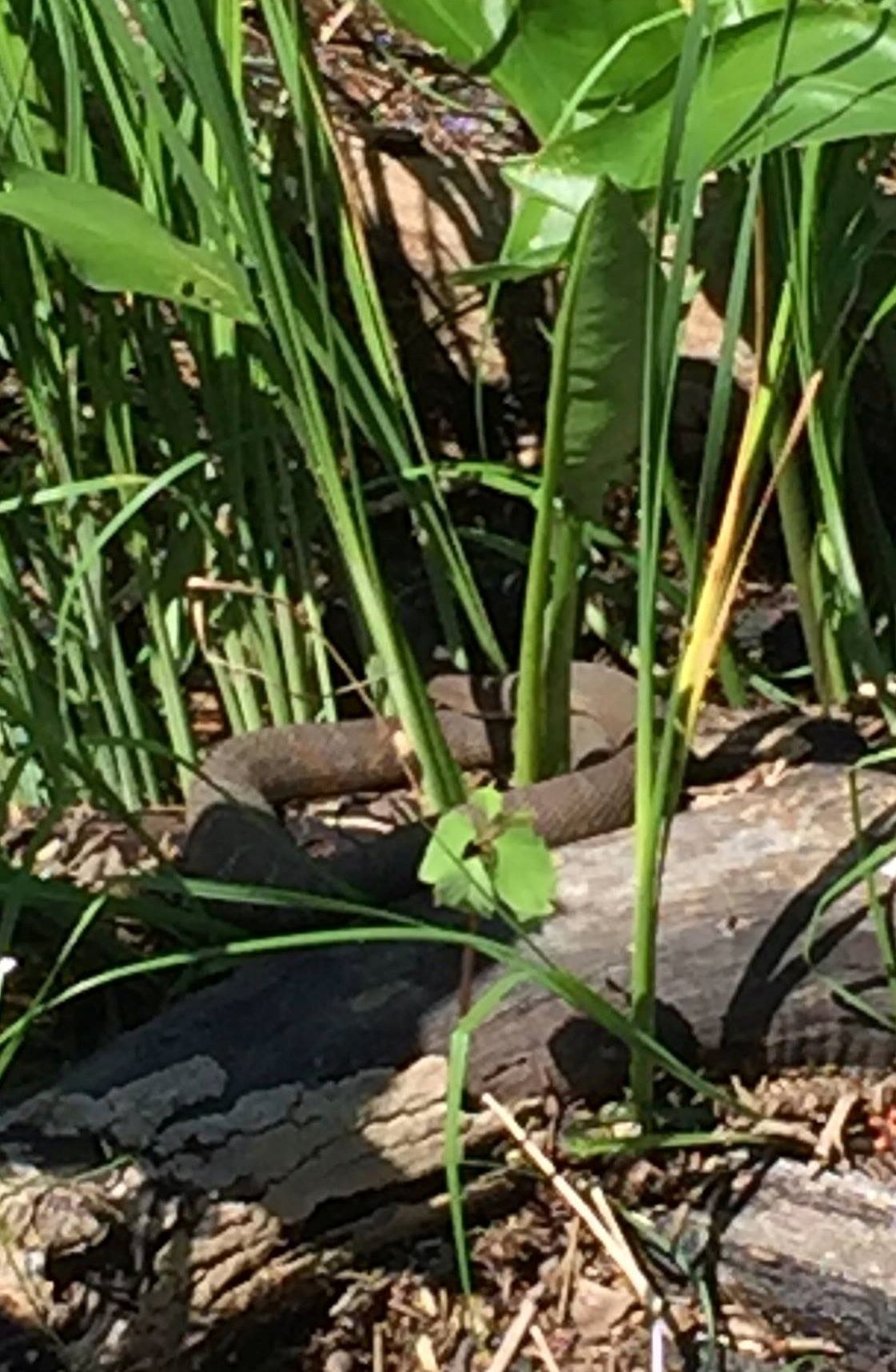