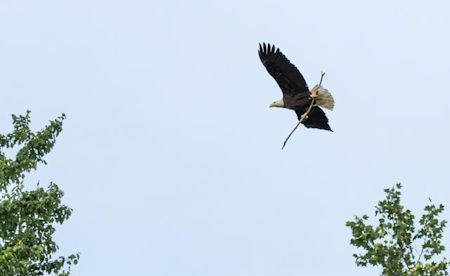 There is one active bald eagle nest in the Dyke Marsh Wildlife Preserve this spring, 2017, confirmed by a National Park Service biologist’s helicopter survey conducted before trees leafed out.  Our fingers are crossed for some fledged young.  Bald eagles that hatch in April in this area usually can fly and leave the nest in early June.

The bald eagle (Haliaeetus leucocephalus) is a large raptor weighing from 10 to 14 pounds and has a wingspan of around eight feet.   These eagles usually build nests in large trees and typically return to the same site each year and enlarge the previous year’s nest.  Nests are made of sticks, moss and other materials, can reach 10 feet across and can weigh a half ton.  In our area, bald eagles frequent aquatic habitats, like the Potomac River, where they can find fish, their preferred food. 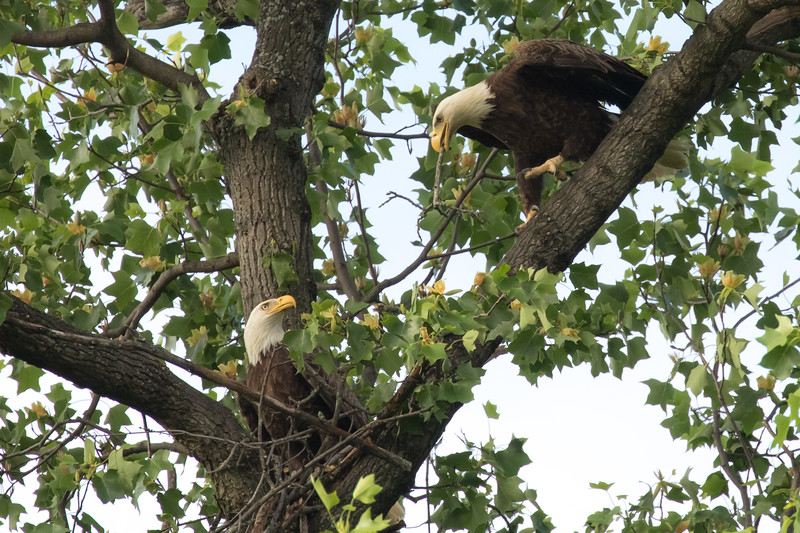 People have seen a bald eagle pair perched on Dyke Island frequently this year. Photo by Glenn MaiBecause of the eagle’s recovery, in 2007, the U.S. Fish and Wildlife Service removed the bald eagle from the endangered species list, but the bald eagle is still protected under other laws.