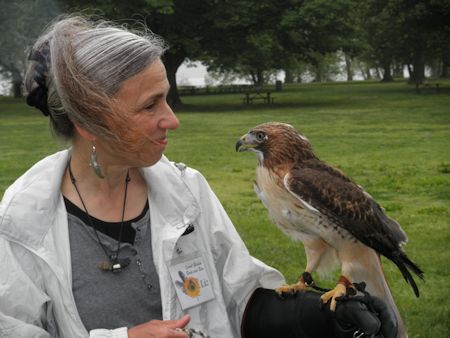 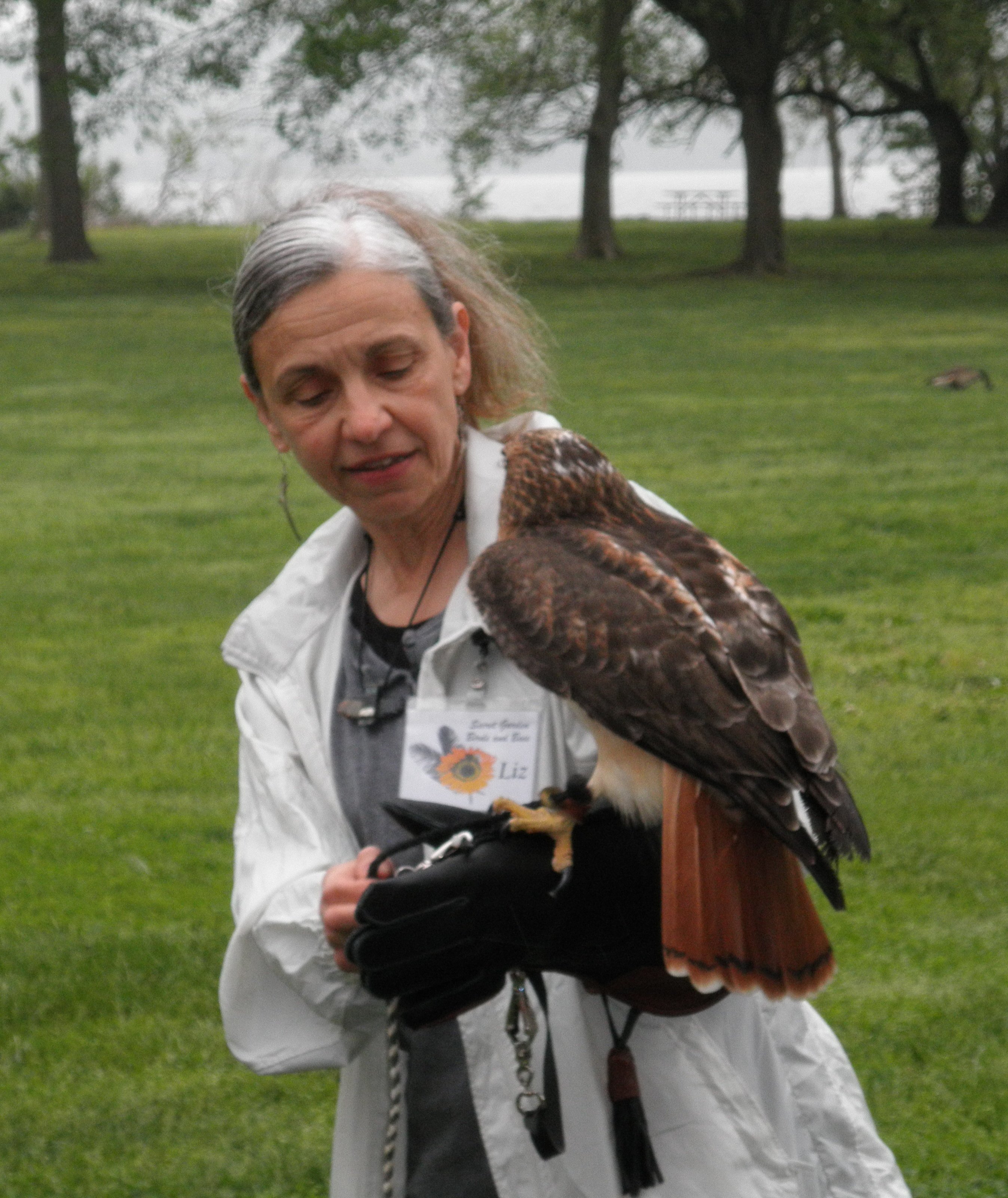 They were injured and cannot survive on their own.  Most were hit by vehicles and damaged eyes are a common injury, said Ms. Dennison.  FODM thanks the Dennisons and National Park Service staff, Miguel Robinson and Maireya Pasa for participating.

In these photos (by Glenda Booth), Liz  Dennison shared a red-tailed hawk, a raptor with a distinctive cinnamon-red tail.

FODMer Bob Veltkamp designed a poster describing the major characteristics of raptors. Thanks to former FODM president Ed Eder and NewsRead.in for the beautiful photographs used in the poster (photo below right).