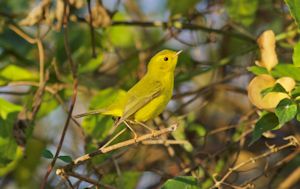 Wilson’s warblers typically overwinter from the southern Gulf Coast of the U.S. to Colombia and Ecuador in South America.  The largest population stays in Mexico. It is the only North American warbler known to winter on the high plains above the timberline in South America, an area known as “paramo,” which is located almost exclusively in the northern Andes Mountains.

The warbler at Dyke Marsh appears to be a first-year female.  (The male has a black cap).  She is mainly insectivorous and could survive during a mild winter, but will likely be stressed during the colder months.

Experts cannot always explain why some migrants stay behind or take aberrant routes that jeopardize their survival.  Weather systems can adversely affect migration and disorient birds and internal “compasses" that guide the birds can be awry. (Birds can respond to magnetic fields and use solar and stellar cues, as well as landmarks, to orient their flight.)

Named after Alexander Wilson, the Scottish-American considered the father of North American ornithology, the Wilson’s warbler is a widely distributed nester in North America in boreal forests and northern humid coastal forests.  In the east, these birds breed mainly in Newfoundland, Quebec, Nova Scotia, New Brunswick, Maine, New Hampshire and Vermont where they prefer willow thickets or tamarack bogs.

Between 1966 and 2014, Wilson’s warblers declined by 61 percent, according to the North American Breeding Bird Survey.  The 2014 State of the Birds Report listed this warbler as a common bird in steep decline. 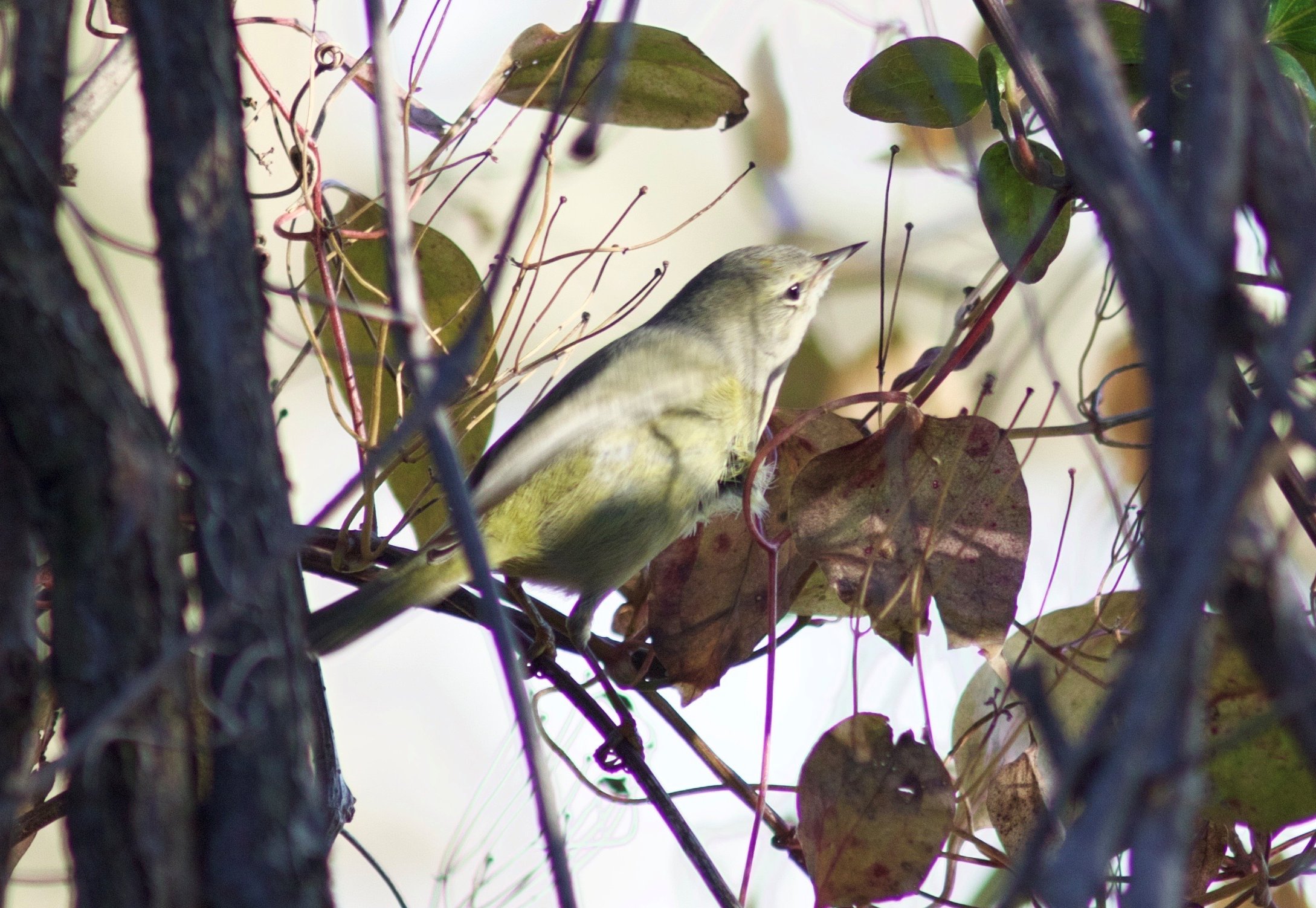 FODMers also saw an orange-crowned warbler (Oreothlypis celata) in Dyke Marsh in mid-December.  This bird is a common breeder in northwestern North America up to northern Alaska and east to north-central Quebec and Newfoundland.  This relatively hardy warbler typically overwinters along the Gulf Coast and the southern U.S., including the southern mid-Atlantic states. The largest overwintering population is located in Mexico.   The orange-crowned warbler is mainly insectivorous, but will eat berries and even suet.

Dyke Marsh has had small numbers of orange-crowned warbler approximately every three years. The species appears to tolerate cold better than other warblers and can survive in harsher winters.

Orange-crowned warbler populations overall declined by about 34 percent between 1966 and 2014, reports the North American Breeding Bird Survey, but in the United States, populations dropped 64 percent during that time.