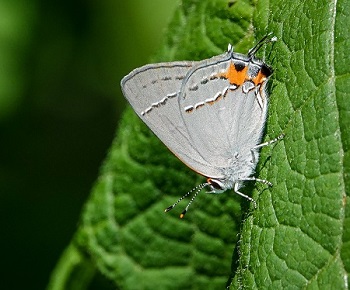 Since 2016, devoted volunteers have surveyed Dyke Marsh for butterflies, dragonflies and damselflies once a month, often observing many other insects and wildlife too.  Here are a few examples of 2021 sightings. Thank you, Rusty Moran, for your observations and photographs.

These next three photos are of blue-fronted dancer damselflies (Argia apicalis). This species of damselfly is named for the male’s distinctive bright blue thorax and the jerky, bouncy manner of flight that is characteristic of species in the “dancer” genus. Damselfly females, like those shown here, are typically duller in color and the colors may vary among individuals.

The Zabulon skipper butterfly (Poanes zabulon)is named for their darting manner of flight, “skippers” constitute a large family of butterflies. In the past, skippers were classified as separate from butterflies and moths within the order Lepidoptera. Skippers fly during the day; moths fly at night. Skippers, however, tend to be small and dully colored like moths.

The common thread-waisted wasp (Amophila procera) is commonly found in areas with soft or sandy soil, the female of this species nests by burrowing into the ground, placing prey (such as a caterpillar) in the burrow, laying an egg on the prey and then sealing the burrow. When the wasp larva emerges from the egg, it feeds on the prey larva, pupates and finally emerges from the burrow fully formed.