On August 28, Todd Kiraly, Steve Bielamowicz and Sherman Suter saw and reported a buff-breasted sandpiper (Calidris subruficollis) in the Hunting Creek mudflats, just north of Dyke Marsh.  This was a first sighting and a record for the George Washington Memorial Parkway (GWMP).  This is bird number 294 for GWMP.

Buff-breasted sandpipers  have a dove-like head, a buff face, speckled crown and scaly brownish-buff underparts. They nest from June to August in the Arctic tundra so presumably this bird was migrating south.  They winter in Paraguay, Uruguay and northern Argentina, according to the Audubon Society’s Master Guide to Birding.

Joan Mashburn and Carol Mullen recorded the first sightings of roseate spoonbills (Platalea ajaja) on July 28 when they photographed these birds in Dyke Marsh.  They are first sightings for GWMP, bird species number 293.

Roseate spoonbills are long-legged, pink waterbirds with a football-shaped body.  They can be up to 33 inches tall, weigh 42 to 63 ounces and have a 47-to-50-inch wingspan.  Adults have scarlet red wing patches, red eyes and pale green heads.  Young spoonbills are a paler pink than adults.  They swing their spatula-like bills back and forth through the water and scoop up fish, crustaceans and other prey.

The spoonbills attracted many fans to nearby Huntley Meadows Park in July. “Roseate spoonbills are one of those beautiful but unusual species that really attract people,” said Bryan Watts.  “There are few sites in nature that rival a flock of spoonbills flying over a southern swamp or marsh in the half light of dawn.”   Watts is the Director of the College William and Mary’s Center for Conservation Biology.

You can learn more in an article in the Connection newspapers by FODM President Glenda Booth at http://www.mountvernongazette.com/news/2021/aug/01/rarely-seen-spoonbills-draw-fans-huntley-meadows-p/. 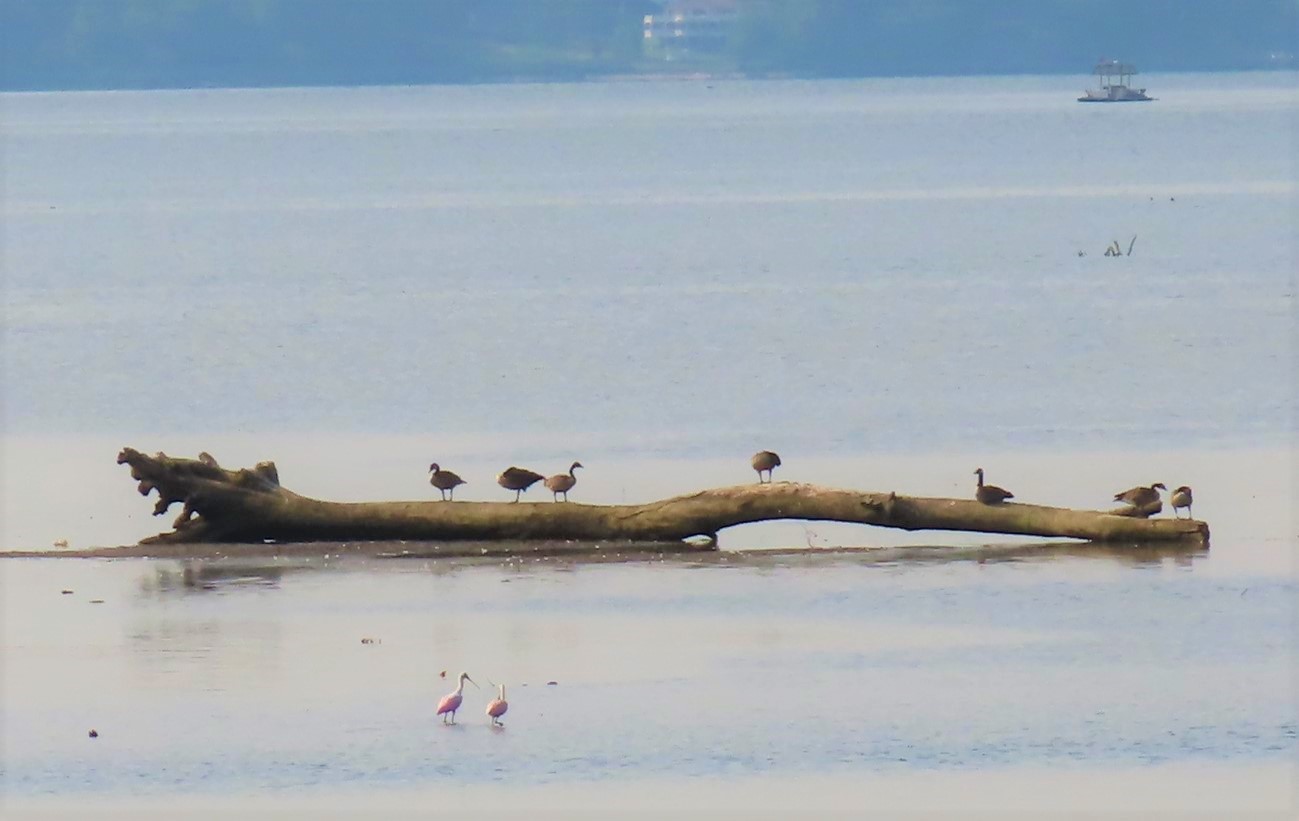 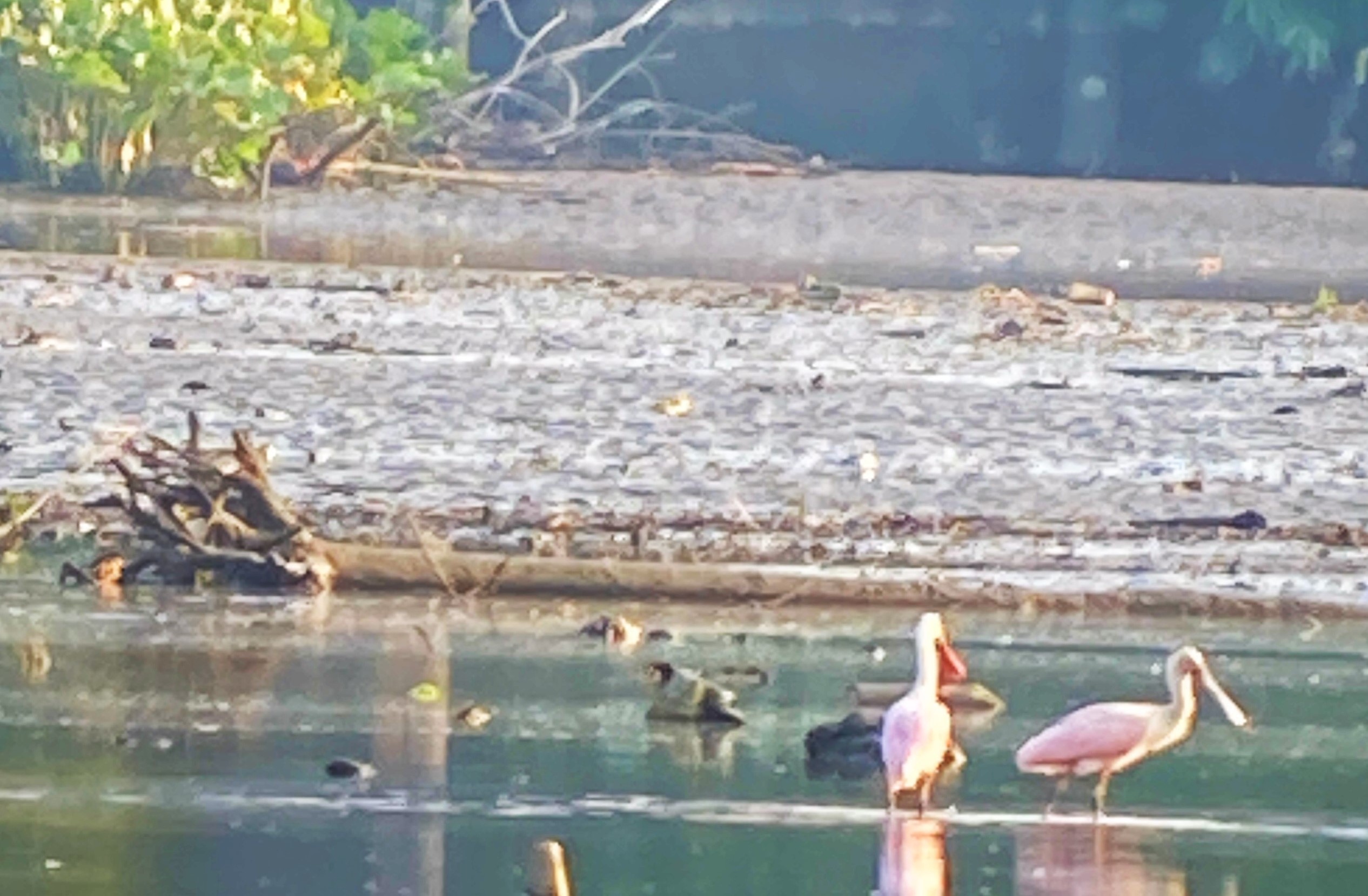 This photo was taken by Ed Eder at Hunting Creek, just north of Dyke Marsh. 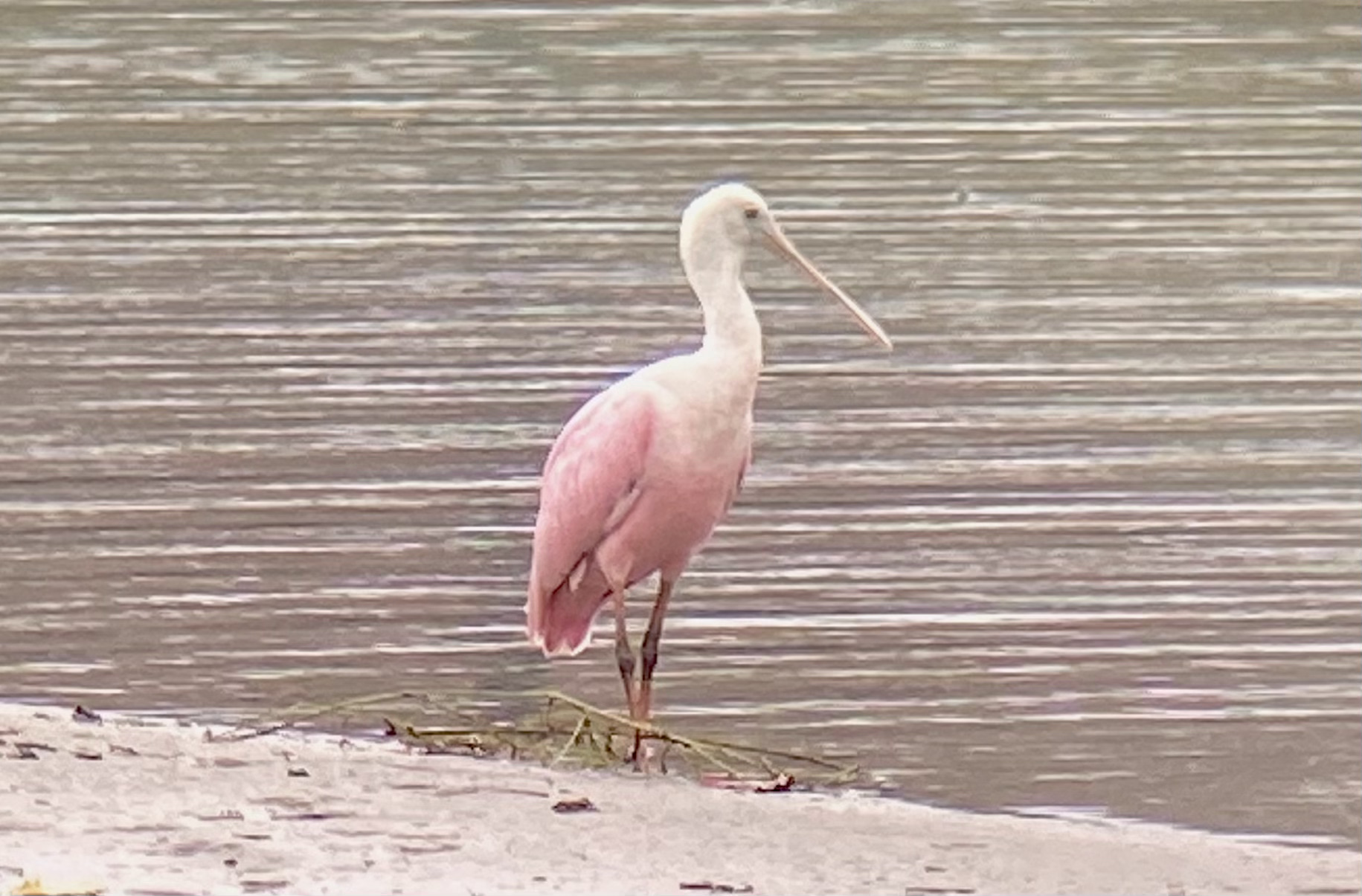